Notice I am aware that we have an in-game interior guide at /warp ikea, this was just for people who either couldn't access the server, new players, or people who are too lazy to get on. =)

Interiors are what make up any good build, without them we relinquish all exterior detail that we originally added as it simply doesn’t have any purpose. For example, someone could create a beautiful looking exterior, but when the player attempts to enter the structure, there's no interior to be found. While we do not struggle in this aspect on Ardacraft, the quality of which we build our interiors could be improved in one or more ways. Although I'm far off from being great at making interiors, the guide should hopefully be able to help people of all skill levels improve their interiors for the benefit of the server.

Throughout this guide i’ll be breaking the interior into four different categories, along with explaining how each one impacts an interior in varying ways.

When creating an interior the first and most important factor is purpose. It makes the world seem more alive and gives off the illusion that it would be able to function if it weren't made out of blocks. Adding purpose to your interior can either make or break it, depending on what your building. If you're building something such as a watermill, take into factor the amount of room required to successfully power the mill in real life. I also strongly encourage that researching the profession of whoever lives in your house, not only does it give you a better idea of what rooms to designate to what, but it also provides you with inspiration for what to build. Here's a great example of purpose in the watermill in Hobbiton. 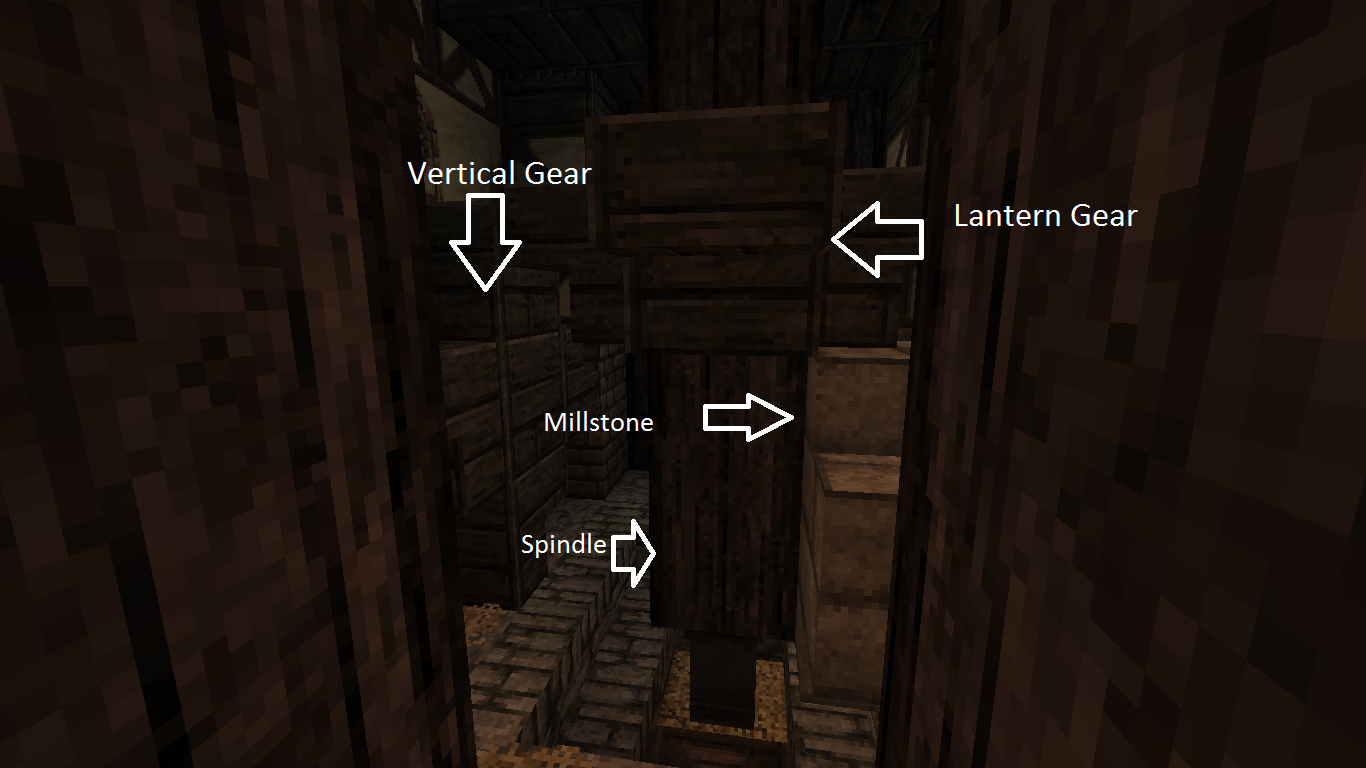 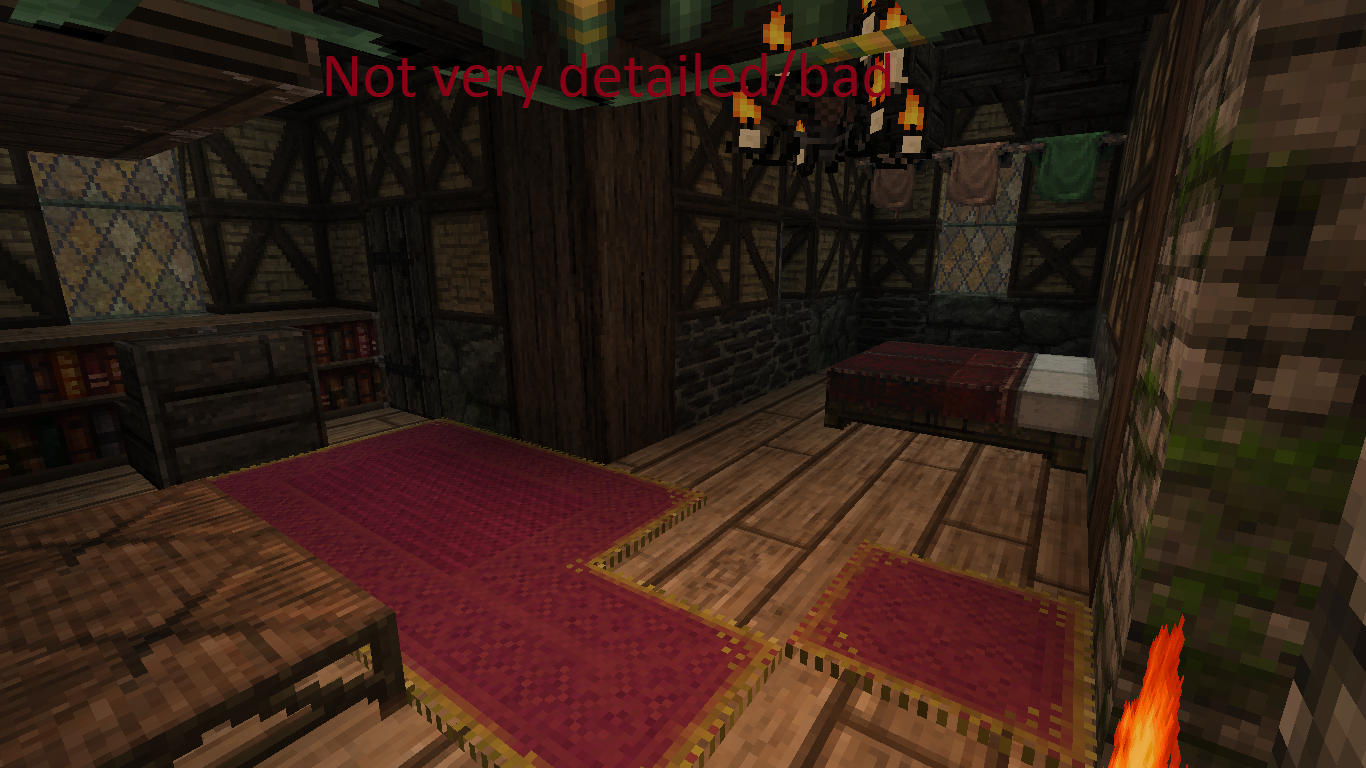 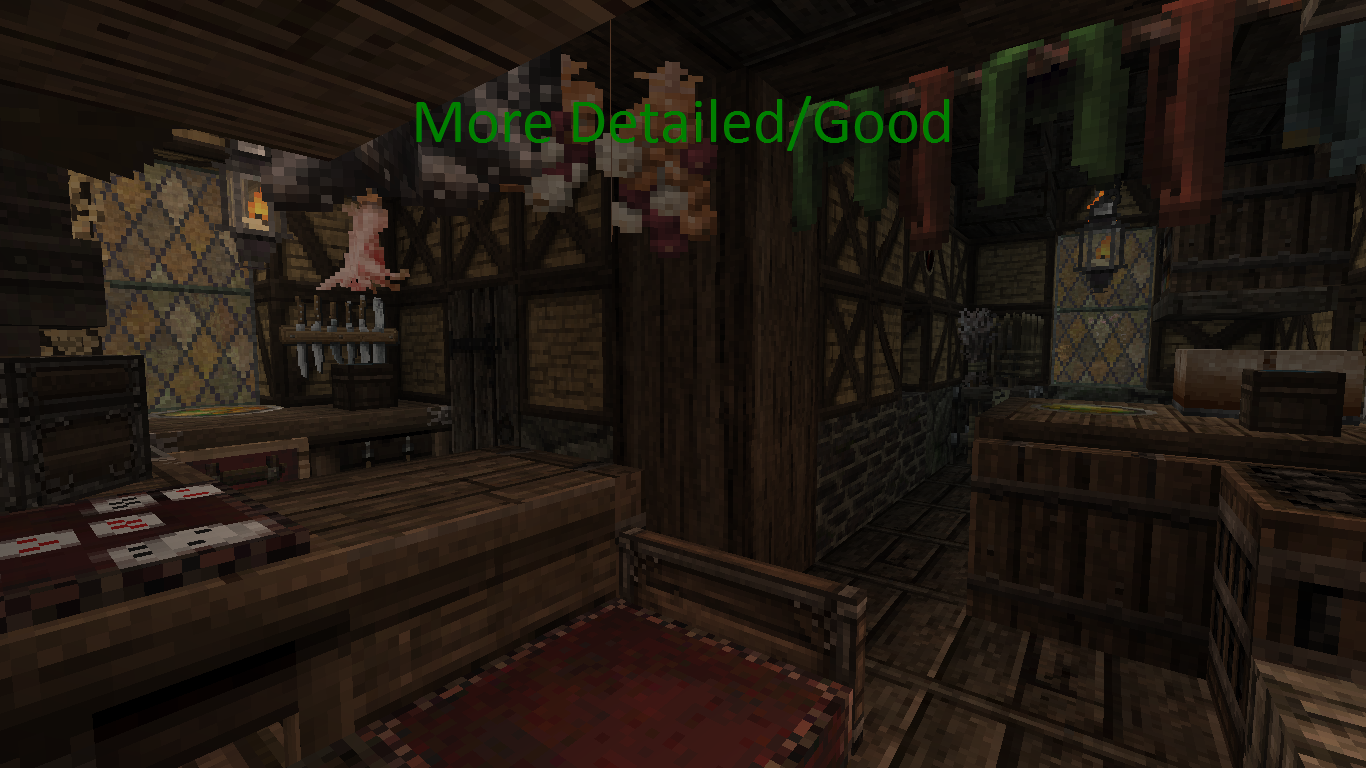 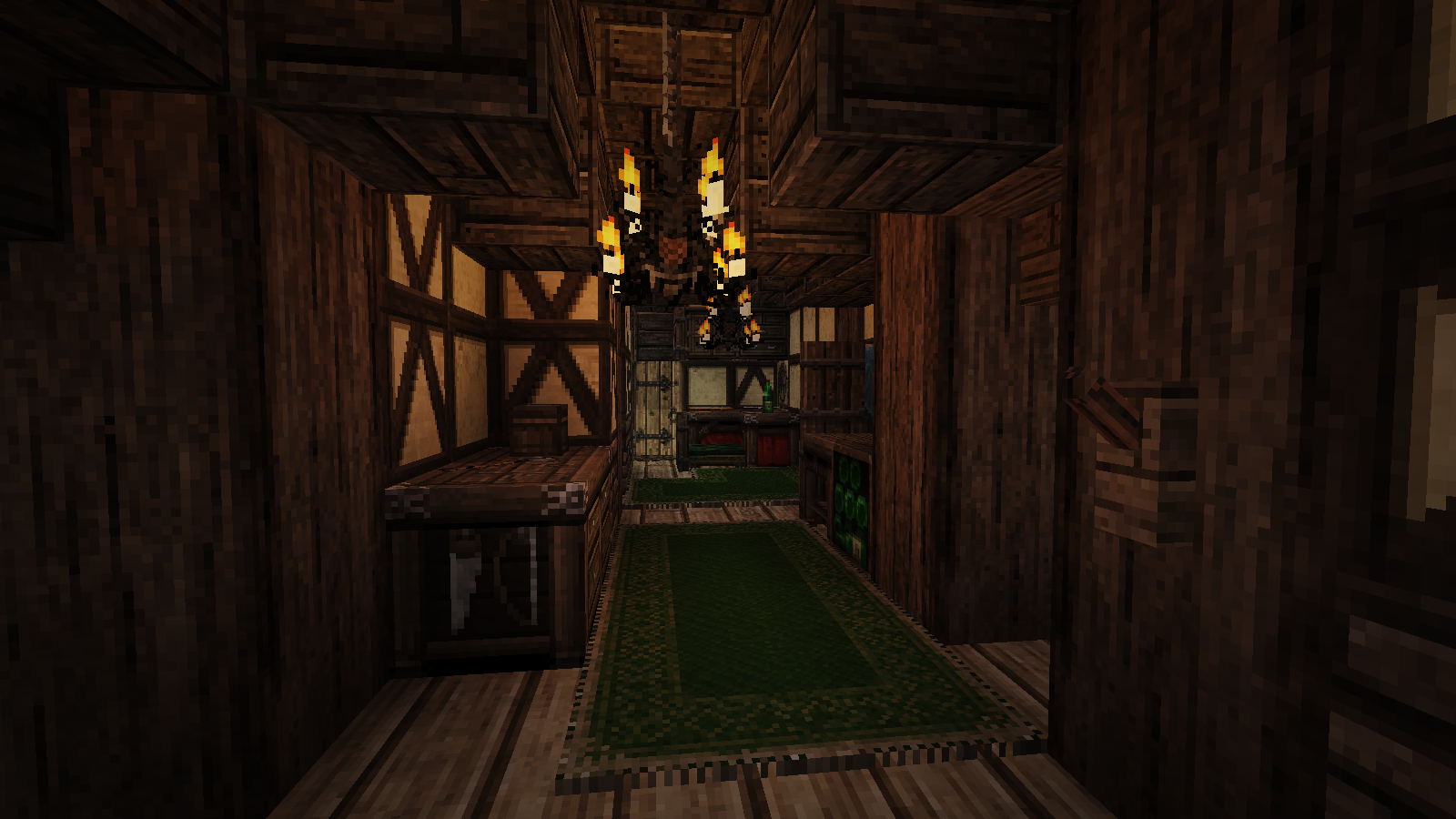 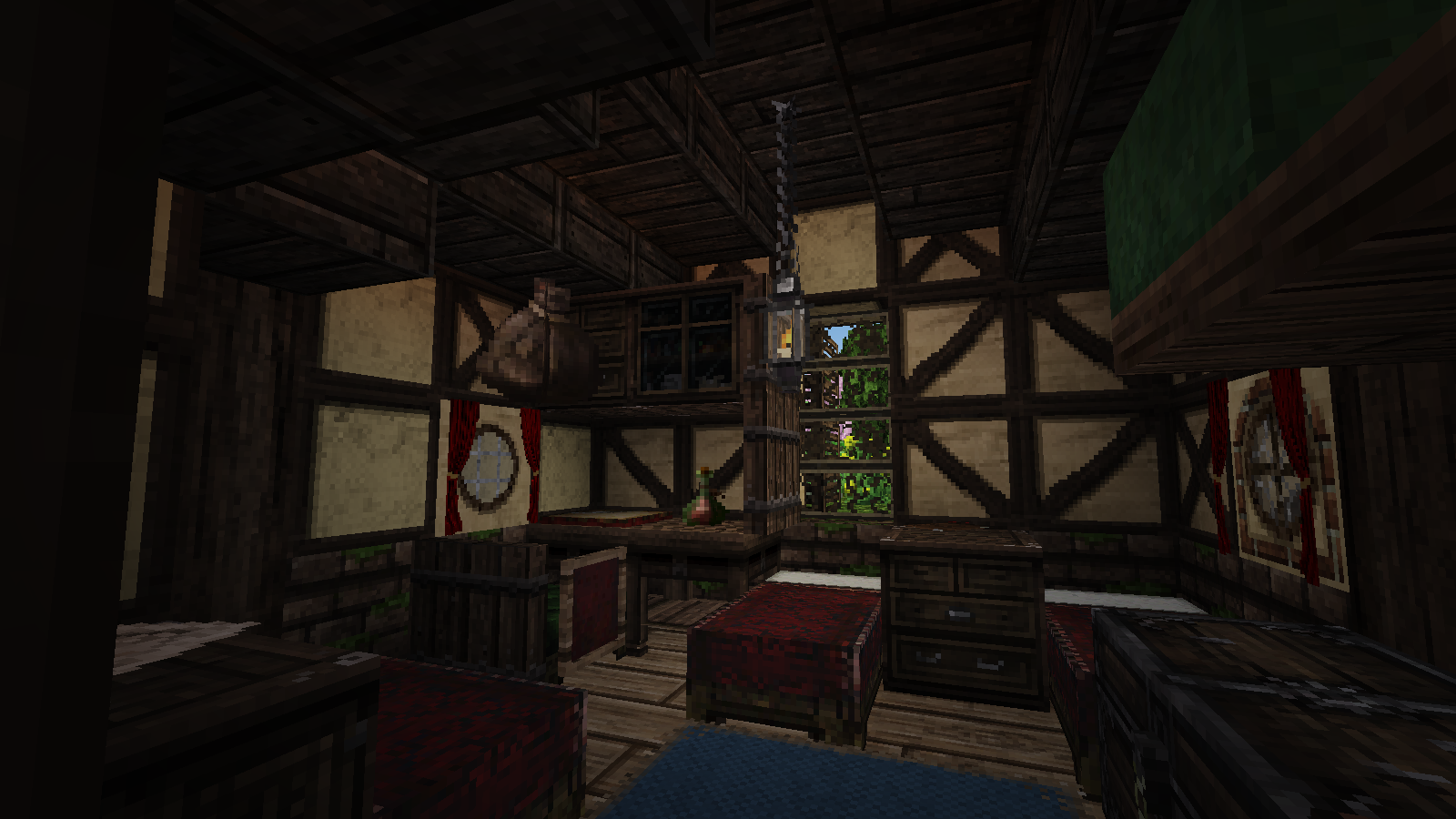 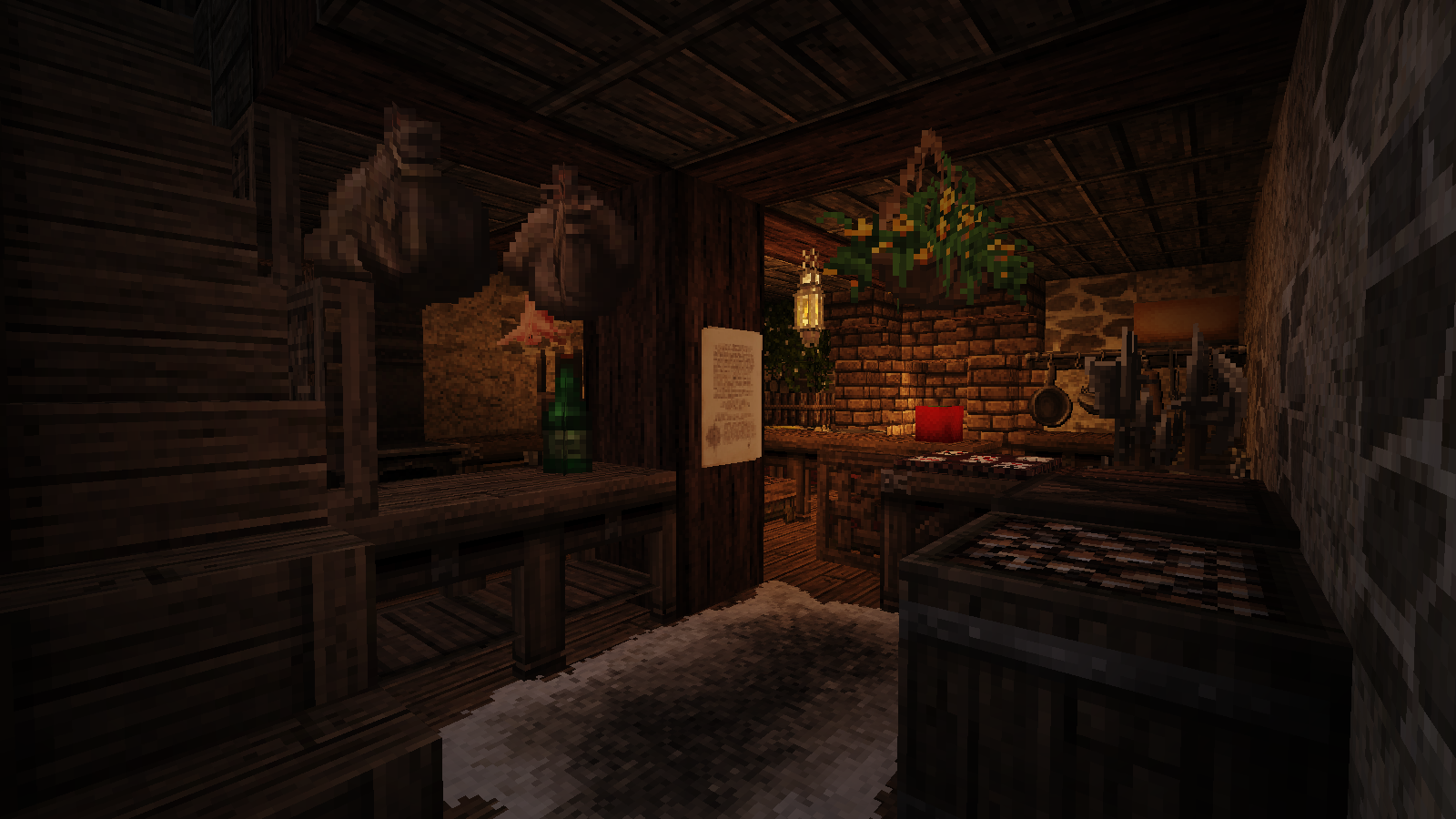 While this category connects to purpose in some ways, there are certain aspects in an interior that keep the server define what time period that we're set in. In terms of Earth history we're in a medieval-esque era, which means that most houses would not own too many books as most of the population would be illiterate, and would not have any expensive colored fabric, (such as purple carpet.) The example's below show the difference between appealing and not appealing, along with what time period the build is set in. 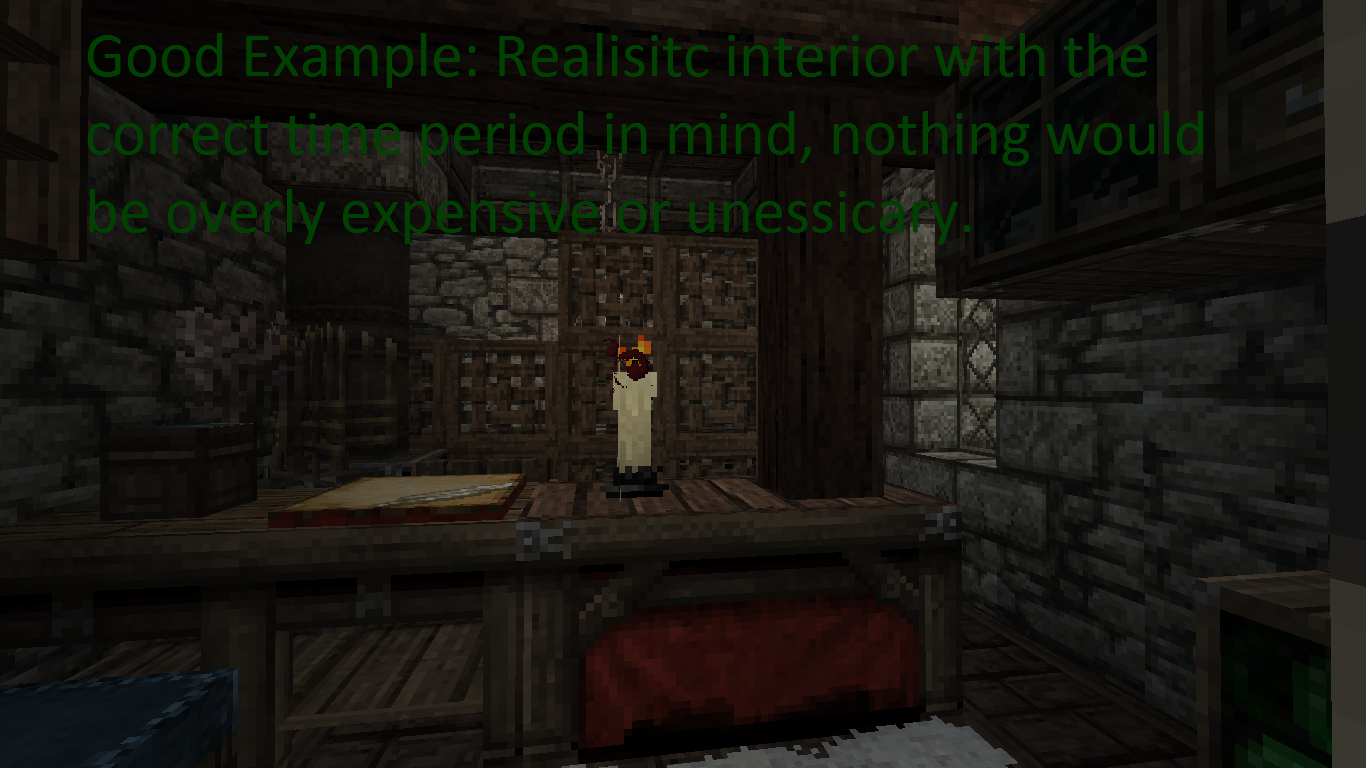 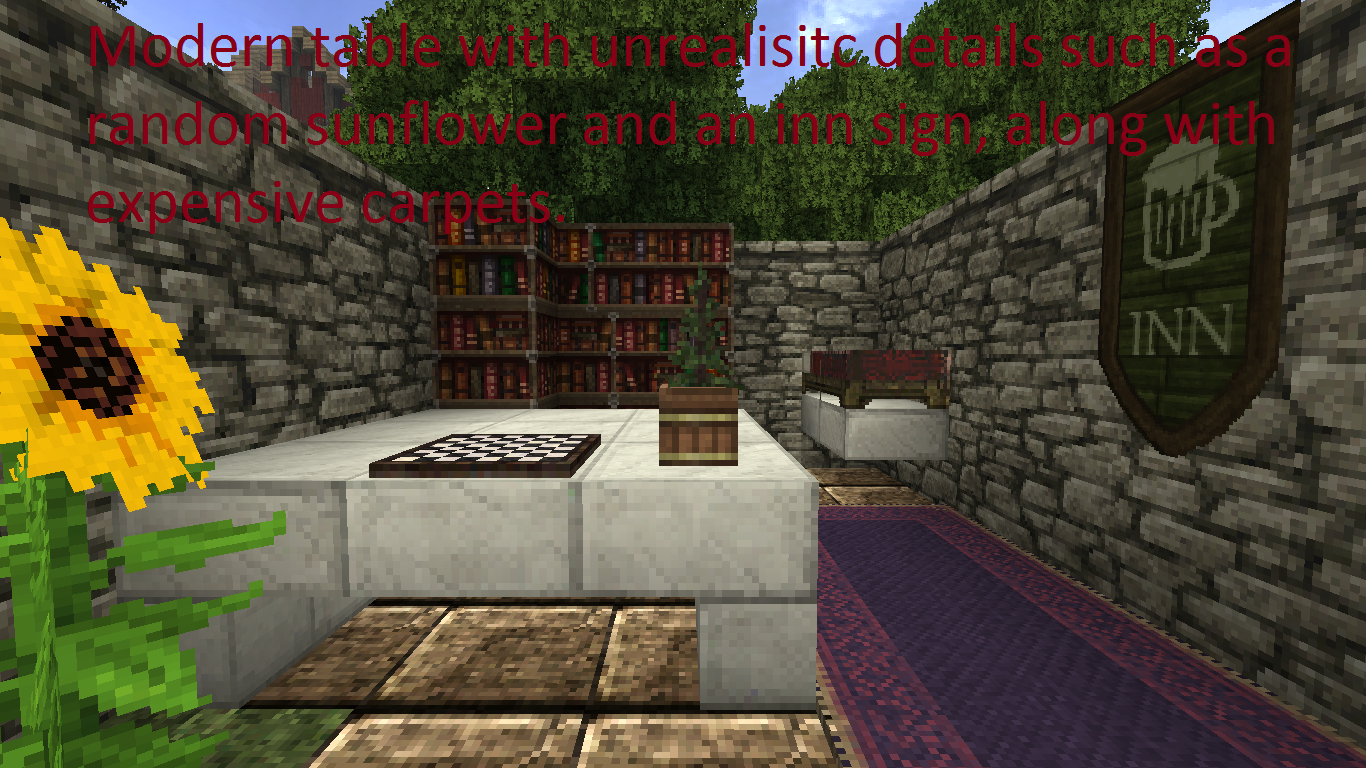 This guide was created by Glaridon